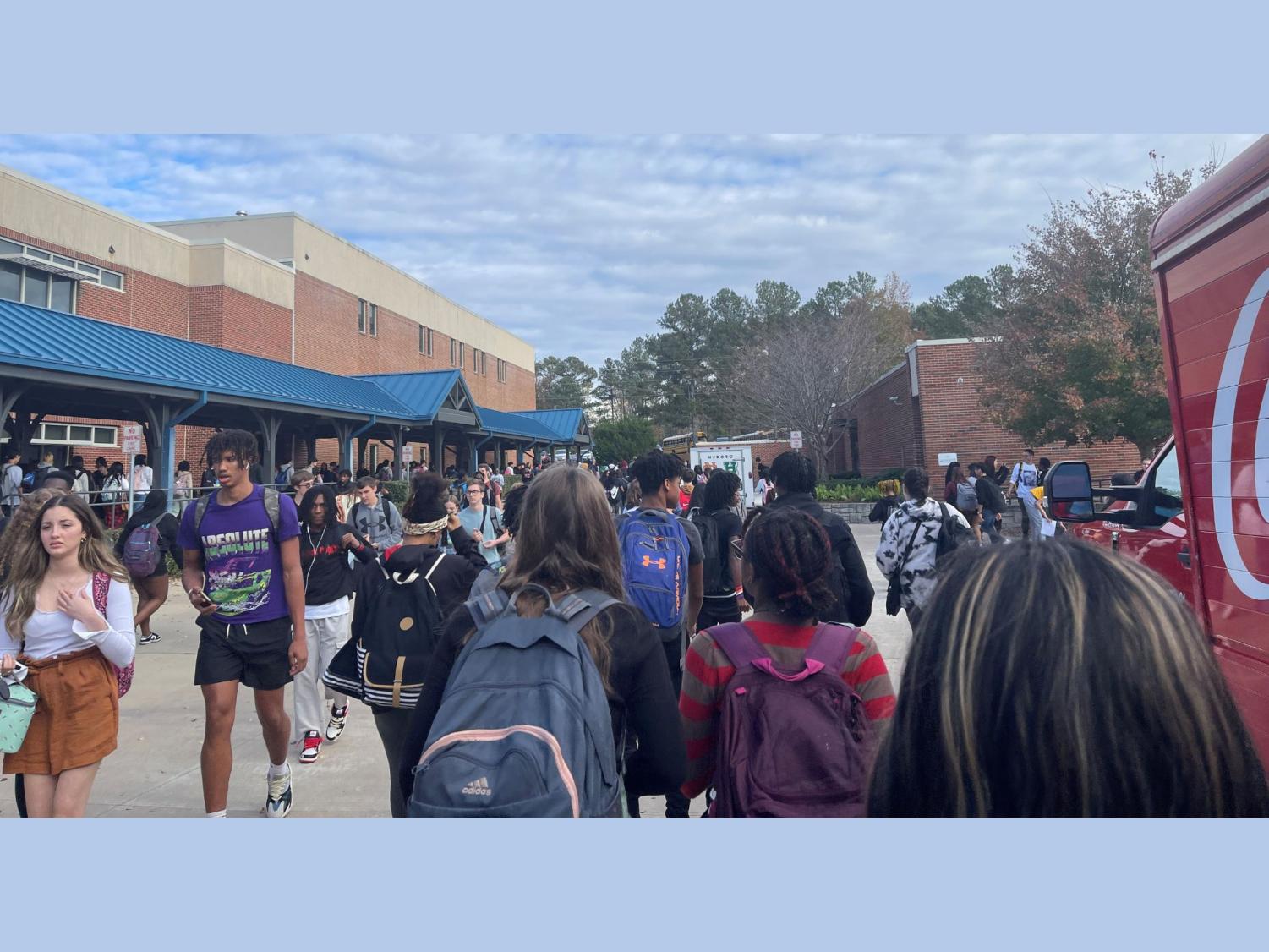 With too immense room for error and a tiny bit of grace, the years of being a teenager stand as a trying time. Between the rapid rates of romanticization and the weight of generational gaps, teenagers feel the pressure from the children and adults in their lives. Without the proper space or outlets to release feelings of tension or stress, teenagers find themselves with nowhere else to turn, resulting in poor states of mental health. (Ciara Whimbush)

With too immense room for error and a tiny bit of grace, the years of being a teenager stand as a trying time. Between the rapid rates of romanticization and the weight of generational gaps, teenagers feel the pressure from the children and adults in their lives. Without the proper space or outlets to release feelings of tension or stress, teenagers find themselves with nowhere else to turn, resulting in poor states of mental health.

In a world where life experiences and their lingering effects know no age, existing in the web of 13- to 19-year-olds holds a polarizing view for the masses. In these pivotal years, teenagers receive constant reminders of the inevitability of their aging, but almost rarely find the same prioritization in their concerns, questions or comments as older and younger age groups do. Teens find themselves caught between a rock and a hard place: old enough to know that their actions generate consequences, but still too young for said consequences to receive validity.

The importance of adults listening to teenagers

Numerous articles on adult-teenage dynamics career towards the latter audience, discussing topics that invalidate the concerns of 13- to 19-year-olds. These themes of discipline or attitude problems place teens into a corner built by adult shame and entitlement. Without adequate representation in the “self-help” area of media, the authors of these parent aids resources take their voice away. Several contributors to the “mommy-blog” craze empathize with other parents due to their roles as mothers.

These blogs hold a reputation for pessimistic attitudes, as they frequently post agitating or negative traits of their children and spouses. With the monetization of mommy blogging, several moms make upwards of $30,000. The higher the increase in dollar signs that parents see, the further inclined they become to posting content curated to those popular, cynical themes.

When the perspective of parenting advice does not offer a teenage audience a perspective or a voice, limits arise in the dynamic between the old and the young. If the idea of teenager angst presents to parents as one-sided, neither audience benefits.

Teens also feel that certain aspects of self-discovery and identity do not receive care from adults. Whether the blame falls on a generational gap or prejudice, teens gather the impression that adults do not care about what they do not understand. Existing sources offer parents a look into the minds of their LQBTQIA-identifying teens, through articles filled with perspectives on the trials and triumphs of growing up queer. However, if parents do not feel willed to learn about the obstacles their child potentially faces, both parties stay disconnected.

A British Columbia study conducted in 2019 concluded that while straight teenagers feel extensively more comfortable with their parents than the age demographic 15 years ago, lesbian, bisexual and gay teens feel a decreased sense of relatedness. Without a proper support system or a listening ear, queer teens fall prey to poor mental health. Fortunately, this does not reflect all queer youth.

“I do feel like I’m taken seriously by adults on most occasions. I always try to act professional and mature to adults, especially with doctors and other authority figures I don’t know on a personal level. I think this contributes to a lot of my good experiences with adults. But there are times when I go through personal struggles. Such as sexual identity, that I feel as if adults don’t take me as seriously. I understand that they know more, they’ve experienced more and know the outcome of being in the teenage phase of their lives, but sometimes it feels as if my view of my life and what I experience is wrong, despite it being my life,” senior Emma Kleine said.

The meddling feeling of isolation hangs over the heads of several teenagers, regardless of sexual orientation, race or socioeconomic standing. If anyone does not feel as though they harbor a place to visit for solace or understanding, they stand alone in the cold. Existing as young and unheard of becomes a heavy burden numerous teens bear.

While a handful of teens feel like society does not present them with an even playing field when it comes to respect, others feel taken seriously to an extent. When it comes to interacting with different age groups, teens find themselves conflicted. The youth increase the amount of credit deserved, while adults fail to acknowledge that they try.

The importance of children listening to teenagers

Children make up an important demographic in the debate on respecting teenagersWhile the law clusters teens and children under 13 together, the experiences that come with growing up cause discrepancies between the age groups.  The childhood years reign ubiquitous with playdates, sing-along shows and believing in Santa Claus. Children do not yet bear the weight of the real world like teenagers, for they do not harbor adequate maturity. On the other hand, teens face pressures from parents and society to grow up fast– whether that occurs through acquiring a job or succeeding academically.

“As a teenager, I feel like I am taken seriously by children. I think that a lot of children romanticize the beauty of our teenage years to be something eventful and spontaneous which directly impacts how they tend to treat teenagers. While I am fully aware of how this could be very situational to the child, it is a thought I feel impacted me when I was a child as well as other children I’ve been able to interact with,” magnet sophomore Sydney Ma said.

Romanticizing the part of youth with the lion’s share of growing pains creates a false idea of teens built on naivete. This problem arises among both adults and kids, as they see the ages of 13-19 as a blend between the two groups: It features the carefree nature of youth and an amount of responsibility that borders on daunting, but often teeters over that line. The number of teen shows on air augment this by easily delivering a false picture of teen years brought to life through adults. Representing the awkward phases and experiences of teenagers through dramatic monologues and unrealistic situations delivered by 20-somethings presents all audiences with a false representation of what teens live through. When young audiences see the lives of their 15 or 16-year-old counterparts played out by acne-less, suave adults who already lived them, children wrongly glorify this part of life. 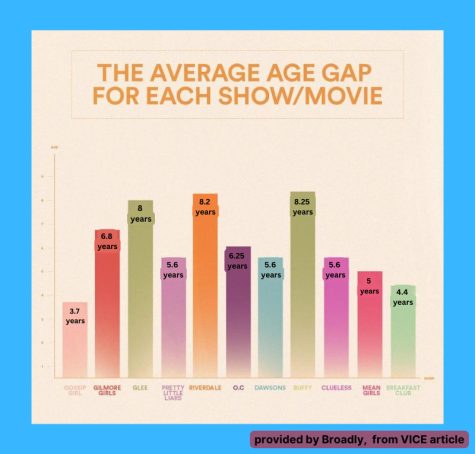 Respect owns much capital in the child/teen debate as well. In a world of summer camp counselors, older siblings and babysitters, children listening to teenagers becomes a conversation around discipline. Parents trust their teenagers to babysit and watch after their younger siblings, placing them in an authoritative role. This type of jurisdiction presented to teens fuels the sense of dominance kids may feel they possess over them.

“People younger than me generally take me seriously when they realize I’m older than them. Age is associated with respect and discipline in our society, so when children recognize my age, they recognize some sort of ‘superiority’ I have over them,” magnet sophomore Angel Chung said.

This becomes an issue when children disrespect teenagers the way that they disrespect their parents. If a child sees a teenager as an authoritative figure, the idolization they once held for them takes the form of a projected intolerance they hold for any adult. According to expert Racheal Irene Nalubega, the number of respect children hold for adults- and older figures in general- diminishes due to them receiving too much freedom.

The consequence of not listening to teenagers

As mentioned previously, their mental health suffers when teenagers do not receive an outlet to voice their concerns. The World Health Organization (WHO) classifies mental determinants to adolescents’ mental health as harsh parenting and lack of access to quality support and services. By not providing teens with methods or spaces of security, they fall into self-destructive patterns, unable to find the words to characterize their feelings. Offering resources, like therapy, help create a comfortable setting for those ages 13-19 to healthily communicate their feelings. According to Mental Health America, 9.1 percent of youth in Georgia experience major depressive episodes (MDE), with the number of youth across America who experience MDE increasing by 197,000 since last year. Since teenagers experience emotions at an acute, providing them with accessible mental health resources proves as a key step towards allowing them comfort. 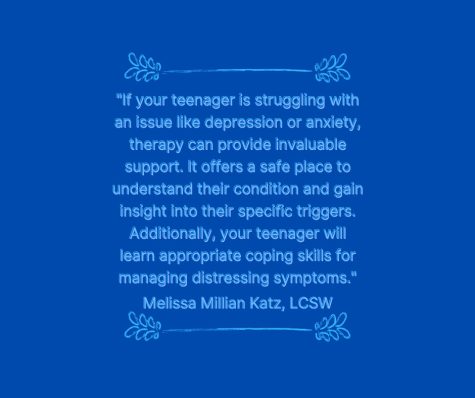 From adults to children, teenagers come into contact with numerous forms of conflict throughout their lives. While interactions among age groups issue out feelings of kindness and safety, existing as a teenager without a space to express themselves or gain respect proves difficult. When teens can face the outside world without unnecessary stress, they find room to fly, and a guarded place to fall when they land.