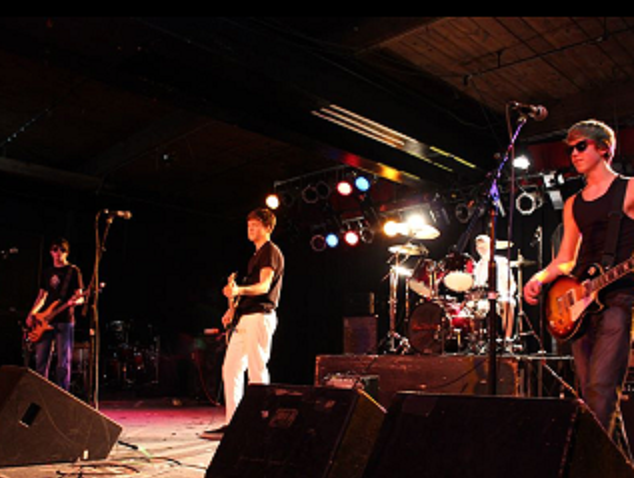 When I entered One by Monday, my friend Noah’s rock band, I assumed that I was just filling an empty void at drummer for a small Halloween gig. Little did I know, “OBM” would still be trucking along over four years later.

One by Monday, consisting of Noah Schindler, Will Sutherland, Eric Ramos, and myself, is well-traveled, at least within the area. Over the years, we played at various venues, including Atlanta’s Hard Rock Cafe, The Masquerade, Swayze’s, and Legacy Park’s amphitheater.

Throughout the duration of this project, I learned a lot about my fellow bandmates. Their musical qualities, influences, and various idiosyncrasies are exclusively documented here.

Sutherland, heavily influenced by The Eagles and My Chemical Romance, serves as the bassist for OBM. However, the stereotype that every bassist is replaceable, proves false in this instance. Upon hearing another band member’s idea for a song, Will can spontaneously create an accompanying bass riff. Not only does Will provide a solid foundation for the band (and the venue for practice), but he also possesses an eclectic variety of useful musical skills.

Ramos offered a quirky description of his bandmate: “Will is a gracious gentleman who likes slow walks on the beach and piña coladas.”

When not mastering the art of recording, or making covers of Milky Chance’s “Stolen Dance,” you may find Sutherland, the self-described “je ne sais quoi of One by Monday,” venturing outside his comfort zone, and creating radical dubstep tunes. And, as the most hardcore OBM fans can attest to, he has also been busy honing his vocal capabilities. On July 4 this past summer, with frontman Schindler in Boston, Sutherland stepped up and took on singing duties to go along with his difficult bass parts.

Ramos exists as an opposite of sorts to Sutherland. Where Will is laid-back and relatively reserved, Eric can be raucous and goofy. Yet the two also coexist quite cohesively; you rarely see one without the other. Ramos’s guitar-shredding mastery remain seemingly unparalleled, at least locally; I have yet to see anyone solo better than him. What may come as a surprise, however, are Eric’s skillful drumming chops.

The original drummer of One by Monday before I entered the fray, Ramos probably remains the best drummer in the band, in my opinion. Eric derives this talent in part from his time as a leading percussionist in NC’s marching band. In fact, by listening to his music selection, which includes Hans Zimmer’s The Dark Knight soundtrack and various marching band themes, one could argue that his true musical passion lies within classical, instrumental compositions.

“Eric is a snowy peak of virtuosity,” Sutherland declared.

Schindler, a massive Doors fan, brings to the table a stage presence that no other member can produce. With his fervent passion, charming charisma, and wacky theatrics, Noah fits the role of frontman impeccably, along with providing his voice and rhythm guitar work. His creative lyrics range anywhere from summer romances to Game of Thrones references. Practice proves exponentially more amusing with Schindler in the fold.

“Noah is a good frontman. He’ll be a good model for Old Navy one day,” Ramos said.

With his acting commitments a priority, Schindler fights hard to balance his endeavors. Noah transferred from NC after his sophomore year to join Pebblebrook’s esteemed performing arts Magnet program, where he found astounding success. Last year, he was crowned as the best actor in the junior class. With aspirations to continue acting in college, Schindler could find himself on Broadway in coming years.

Practices are laid-back while simultaneously energetic; focused while spontaneous. One thing remains consistent—we give it all we have. Noah is liable to lose his voice, and I am notorious for leaving with blisters from drumming. Without this type of passion, One by Monday would not be able put on the types of shows we have become known for.

What goes on after practice for OBM? On the average day, one would be hard-pressed not to find us playing some video games after a long rehearsal. Nintendo’s crossover fighting game, Super Smash Bros. Brawl remains our favorite, by far. An admittedly one-sided rivalry of sorts has developed over the years, with Snake (Noah) and Ike (me) absolutely dominating Samus (Will) and Lucas (Eric). The dream team of Snake’s tactical grenade launching and Ike’s relentless pulverization remains unstoppable.

“Cameron and I are currently undefeated at the lifestyle of Smash. Unless pigs sing or the fat lady flies, that streak will never be broken,” Schindler said.

Not to say that we are confined to one game. The vintage Dragon’s Lair arcade game provided a frustratingly addictive phase for OBM. And on a nice day, the friendly competition moves outside. Using the same teams, One by Monday fights for basketball glory, with similar results: utter domination from Noah and I.

What comes next for the Kennesaw-based band? With Will and Eric in college, practice time remains sparse. However, hopes for the band remain high.

“Eventually, we want to record an album and rock the world,” Ramos said.

Many remain familiar with OBM’s “Cookies N’ Creme” and “Summer Woman.” The goal is that our lesser-known songs, such as “Ode to Winterfell” or “Jesus Is My Man,” a satire on religious music, can become just as recognizable in the future, once recorded.

No one knows for sure how much longer OBM will continue on. But the bonds and camaraderie forged will never disappear. 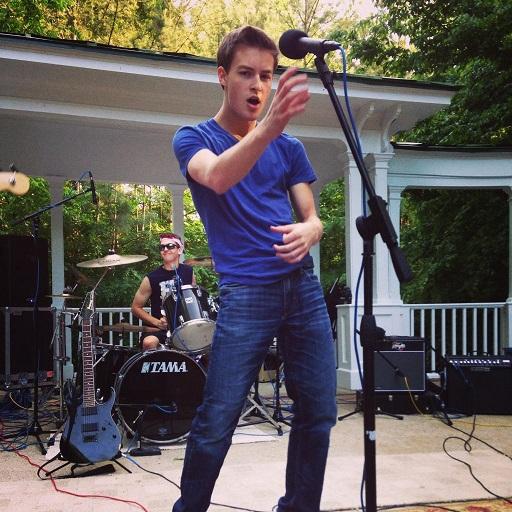