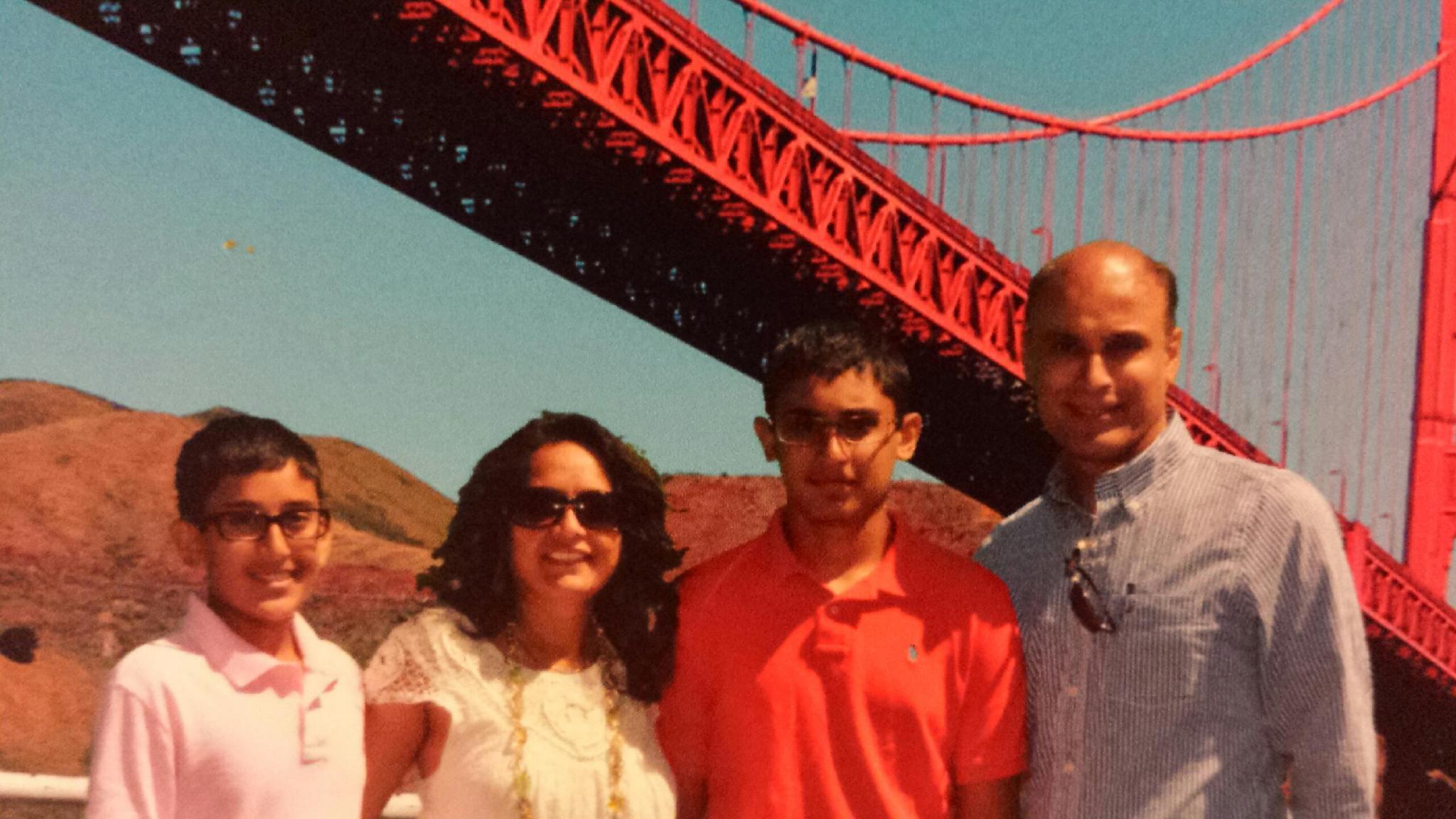 Courtesy of the Pandyas

September 20, 2013 marked a change in several lives, especially junior Dev Pandya’s. September 20, 2013? As many readers scratch their heads and try to recall the date’s importance, most will do so unsuccessfully. No act of terrorism occurred, nor did some team win their league’s championship. But on this day, a leader, husband, father, friend, and an inspiration passed away.

Jay Pandya, Dev and younger brother Shiv’s father, willingly placed others’ needs ahead of his own. He never tried to be a good person; he simply was. As the owner of a gas station, one of his employees’ fathers died years ago. Jay took the man under his wing, acting as his own father figure in his time of need.

An avid leader in their Indian-American group, Jay impacted hundreds, if not thousands, of people. He organized a convention to bring thousands to a recreation center, sharing their culture and spreading positivity. He did not get paid for this, nor would he accept any form of payment or praise.

Jay and his sons always played Sportscenter on the television as background noise, the avid Yankees, Giants, and Knicks fans they were. In little league, Jay coached Dev and Shiv’s teams (he was my coach for a season, too) and remained the only coach on any of the teams to not yell at the middle-school players on the underperforming team.

August of 2013, Jay received a diagnosis of leukemia. Dev told me in our fourth period chemistry class, but assured me that doctors caught it early and would treat Jay accordingly. Besides the initial shock, I never panicked. Surely, someone as mentally and physically strong as Jay could handle cancer and beat it like so many other survivors.

Eventually, Jay moved into Emory hospital to begin his treatment. When Dev and Shiv would visit, he disregarded his illness and focused on his family: “When we visited, he would never let us talk about him or his progress. All he wanted to know was how school was, if we finished our homework, and if the Yankees won or not,” Dev said.

After he underwent his last round of chemotherapy, he appeared healthy enough to return home. Unfortunately, complications arose and in mid-September, he developed a rare flesh-eating disease called necrotising fasciitis in his face. Doctors were late to diagnose the rare disease, as the facial area never affected a patient before. The necrotising fasciitis spread rapidly, and in a matter of days, he fell terminal.

On September 20, 2013, I received a call during second period. It went to voicemail, and I looked at my phone to see a text from Dev saying “Call me ASAP.” I called him after class, but he never answered. I knew something went wrong, and I expected that terrible news awaited me. Ten minutes into my third period, a dismissal pass came down for me.

Anxiously walking up to the front office, I saw my mom sitting on a bench, tears in her eyes. Jay Pandya, a man who acted as my second father, died.

After burying my head into my mother’s shoulders and hearing a muffled “I’m so sorry,” on a broken record, we drove to the Pandya residence. His cul de sac overflowed with cars, and I saw Dev outside his door greeting family who flew in from New Jersey. We locked eyes, and in the eight years of our friendship, we shared our first hug. My father soon arrived with flowers and a fruit basket, as his family kept a vegetarian diet. When hugging Hema, Dev’s mother, she whispered in my ear, “Don’t leave Dev. He needs you.”

A few days later at the funeral, my family walked into the reception and found so many people that a standing-room only group stood behind the chairs and benches. Everyone dressed in white, symbolizing the light he brought everyone, not the darkness that left behind. I counted over 300 people at that reception, each one he touched in a way no one else can.

As any teenagers who lost their father, Dev and Shiv lost theirs far too young. However, Dev seemingly evolved into manhood due to the tragic circumstance. He stepped up and helped his family in their time of need.

Dev helps his mom around the house while she works and remains available for Shiv. Whether driving him to school, baseball practice, or even tutoring Shiv, Dev makes sure his brother stays on the right course.

“Dev has helped me go through a lot. When I can’t make up my mind, he’s the first person I go to. He taught me how to get through bumps in the road…like my father’s passing. He has really taken over the role of the man of the house since then, and I don’t know where I would be without him,” Shiv said.

“Light the Night” occurs in Atlanta and it’s goal remains to raise money for families in which one of their members has cancer and they do not have enough money to provide sufficient care.

“We started movements weeks after [Jay’s] death. The ‘Light the Night’ walk happened in October, so we did it really quickly after. We realized there is so much we can do to help others, and we don’t want this to happen to other people,” Dev said.

As an outside observer, Dev underwent a drastic change in personality over the past year. While always concentrating on school and remaining an elite student, he also proves more social and strong-willed.

Dev also takes on a greater role in his Indian-American cultural community, just like his father. When asked how he manages to stay strong, his answer remained simple yet unattainable to most: “I never really hit a low. I don’t usually allow these things to overwhelm me. I know that if I need to take a step back I will, instead of letting things hit a boiling point.”

In the (almost) sixteen years Dev had with his father, he received an abundance of advice, like all fathers pass down to their sons.

Dev Pandya seems like just another average teen to the naked eye. He works hard in school, keeps close to a steady group of friends, and always has a smile on his face. However, he also mentors his brother, participates in cultural and social causes, provides immeasurable aid to his family, and proves an inspiration to most who encounter him. In times of trouble, he sees a silver lining and rises to the challenge. Like father, like son. 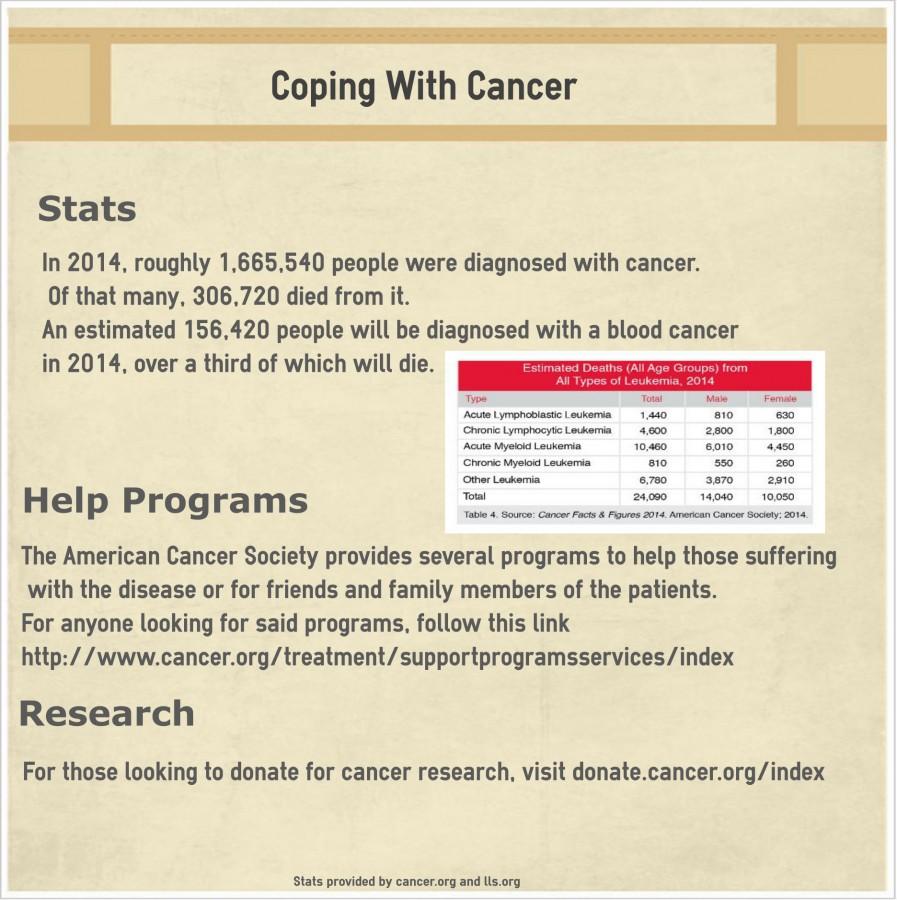