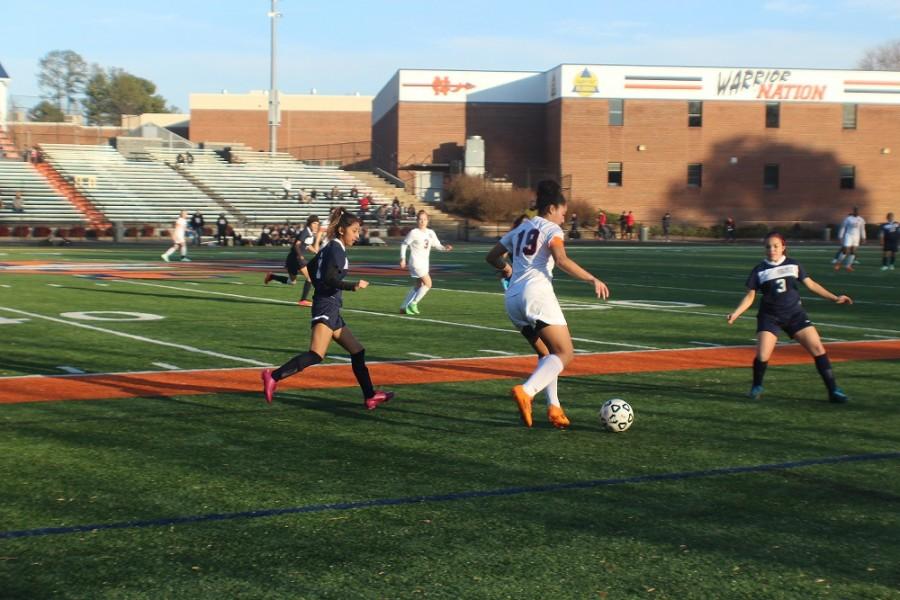 Senior Shani Jefferson controls the ball as two Pebblebrook Falcons run to take it away from her.

The Lady Warriors dominated the Pebblebrook Falcons 6-0 on Friday, March 6.

“This was the first game that we had to change tactics in the middle of the game, and I’m glad they adjusted well to that,” Romero said. “With the change in formation, they were able to put away five goals.”

Still, although the game proved a resounding loss for the Falcons, the Warriors remain disappointed about their first half performance.

“I think the girls were still riding high from the 10-0 win from Monday, so it took them an entire half to get organized and realize that these girls came to play,” Romero said.

The team quickly reorganized second half, and senior Abbie Duckett scored the second goal, and another soon followed courtesy of freshman Zorae Tomlin. A minute later, Tomlin scored once more. Pannell quickly bypassed the Falcon defenders again to score the fifth goal, and junior Sydney Baxter finished the game with the sixth and final goal.

“I think we played really well,” said Pannell, who won Player of the Game. “But we need to work on passing the ball from defense to midfield to forward to score more.”

Now NC sets its sights on Osborne High School, and focuses on modeling the behavior that served them well in the game against Pebblebrook.

“I think we definitely worked together as a team well. We passed well and had good combinations,” sophomore Hailey Wisniewski, who played defense instead of her usual keeper, said. “We’re a team and we communicate really well, and I think as long as we continue, we’ll do well in region games.” 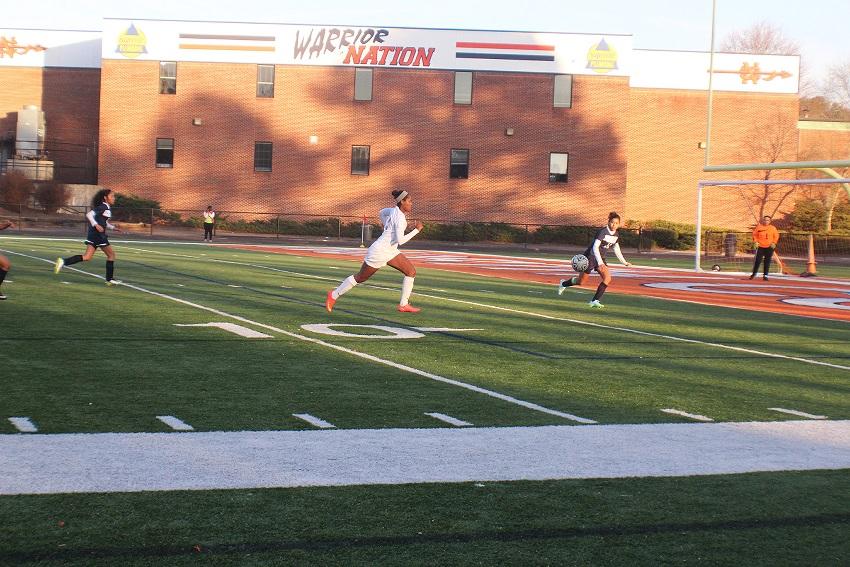 Gallery|5 Photos
Fatima Elfakahany
Junior Jordan Pannell races to get the ball in order to score a goal. Pannell ended the game with two goals, one in the first half and one in the second.
Leave a Comment