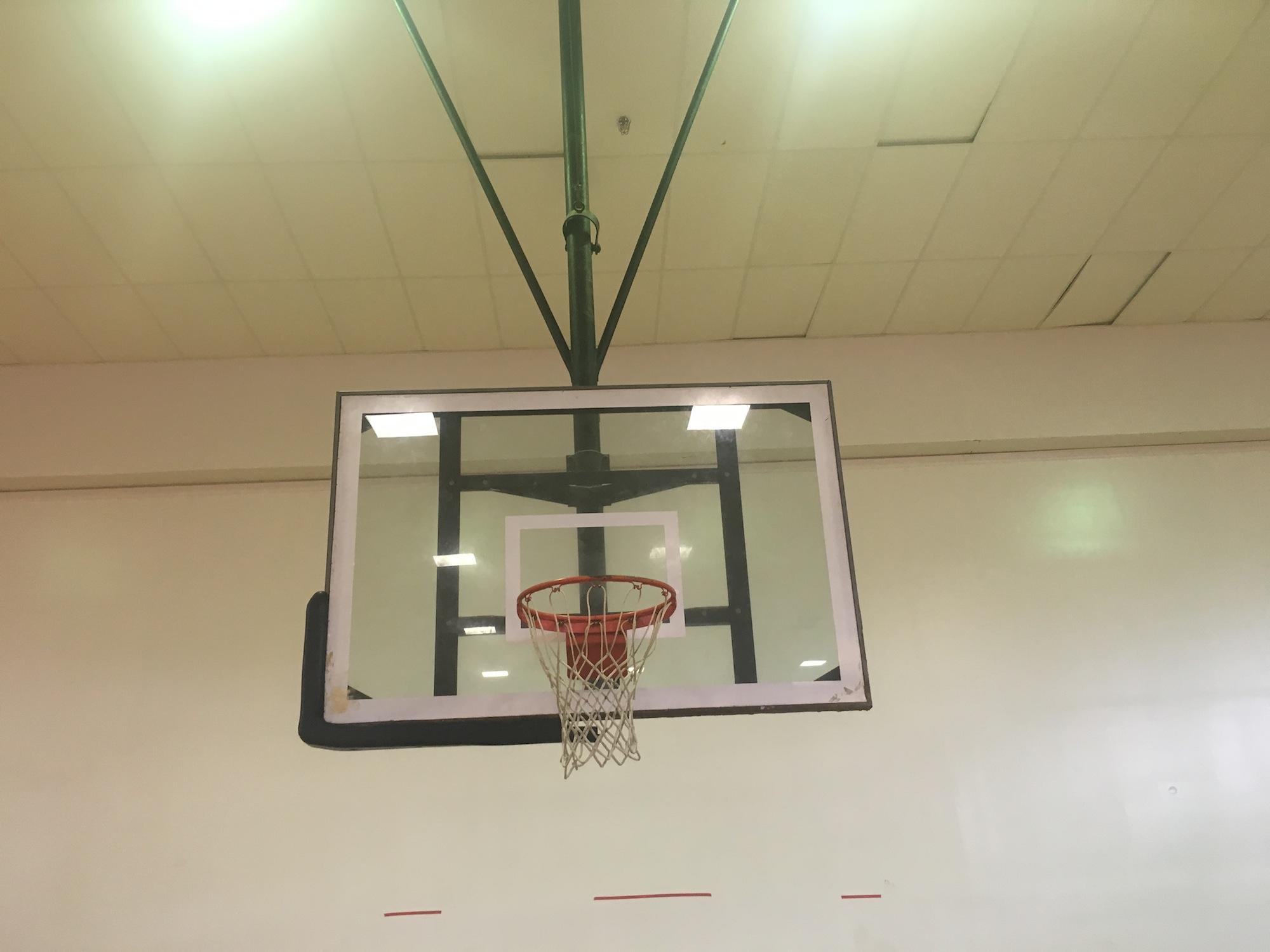 As the saying goes, “three points is better than two.” The Warriors revolutionized the game with their shooting of the long ball. (Andrew Lubbers)

As the saying goes, “three points is better than two.” The Warriors revolutionized the game with their shooting of the long ball.

From worse to first: Inside the Warriors’ turnaround

As the NBA playoffs come to a climax, the Golden State Warriors stand just eight wins away from capping off the greatest season in NBA history. The record of 73 wins may never fall but the Warriors appeared as an abysmal mess of a franchise not too long ago. To give some perspective, Bill Simmons wrote this article in 2012, highlighting the continuing failure of Warriors ownership and shaming the franchise. Transitioning from mediocrity to NBA champions takes vision, leadership, and a little luck, and the Warriors possessed all of it at the right moment.

One moment marks the beginning of a new era in Warriors basketball as Hall of Fame Head Coach Don Nelson drafts PG Stephen Curry with the seventh pick in the 2009 NBA draft. The two-time MVP fell to Golden State behind Blake Griffin, Hasheem Thabeet, James Harden, Tyreke Evans, Ricky Rubio, and Jonny Flynn. Needless to say, each team picking ahead of the Warriors would choose differently given the opportunity, especially Minnesota, who selected two point guards with picks five and six. Curry remains the only player from the 2009 roster still with the team. 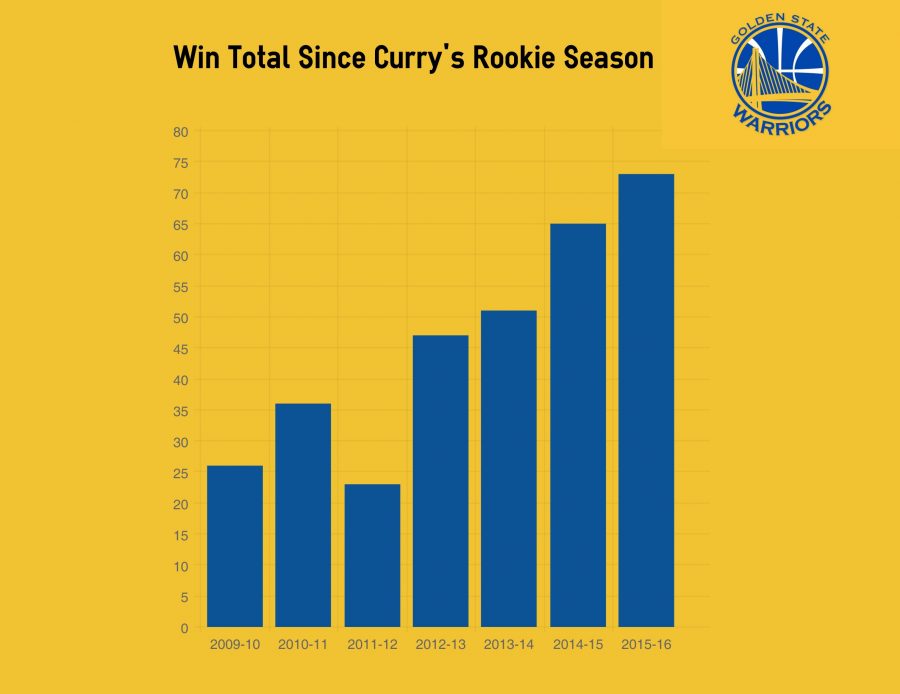 Golden State continued to struggle, posting a 25-56 record in Curry’s rookie year. Nelson lost his job before the 2010 season, assistant Keith Smart took over, but only lasted a year before the Warriors brought in Mark Jackson just before the 2011 draft. The Warriors selected SG and future splash bro Klay Thompson with the eleventh pick, who immediately made an impact, averaging 12.5 PPG while only playing 24 minutes per game during his rookie year. After only missing one game in his entire college career because of injury, Curry battled a series nagging right ankle sprains throughout his first three seasons in the NBA, contributing to Golden State’s sub-.500 records.

With Thompson and Curry complimenting Monta Ellis in the Warrior backcourt, Golden State needed low-block players balancing the roster and complimentary bench players to back them up. David Lee strung together a few good seasons, but clearly did not fit for Golden State’s front court. Center Andrew Bogut arrived in March through a trade with Milwaukee, which did not sit well with fans because Ellis, the team’s leading scorer at the time, departed. However, Ellis’ absence provided Klay Thompson with the opportunity to step up and develop into the prolific scorer we see today.

Golden State completed their core through the draft, selecting Harrison Barnes in the first round (7 overall) and Draymond Green, who may become one of the biggest steals of all time, in the second round (35 overall). 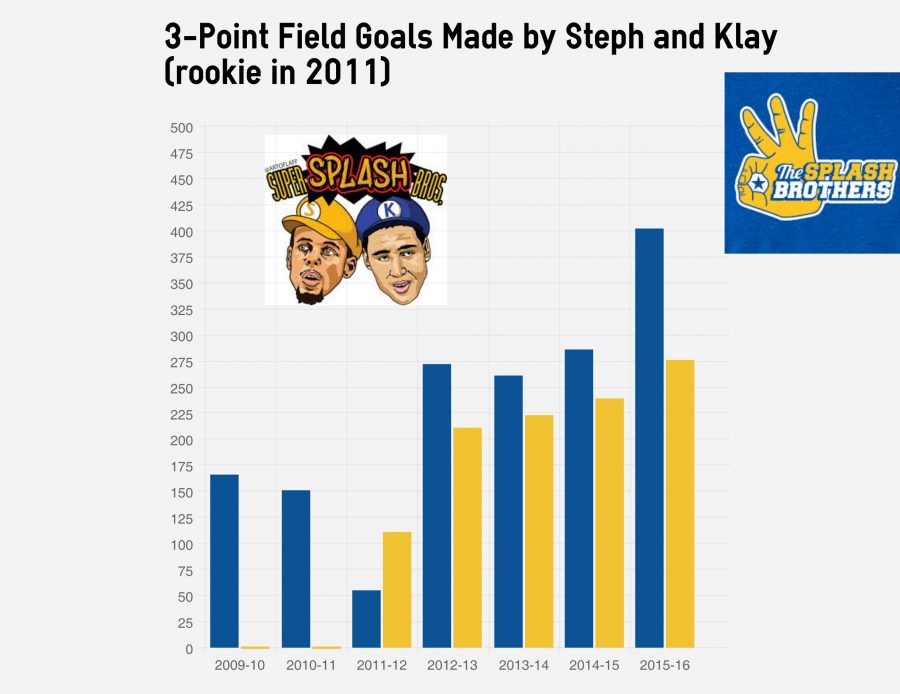 In 2012-13, the roster we know today began to show glimpses of its capability as the Warriors quickly became the darlings of the NBA. Curry hit 272 three-pointers, breaking the NBA record, (he’s broken his own record twice since then) and Thompson made 211, solidifying the splash bros as a deadly, sharp-shooting backcourt duo. Golden State rode this newfound success to the conference semi-finals where they fell to San Antonio in six games.

Although the Warriors played just as well the next year, a game seven loss to the Clippers in round one forced Mark Jackson out of his job. Former player and analyst Steve Kerr replaced Jackson, and immediately implemented a system of ball distribution through selflessness.

Draymond Green’s emergence in 2014-15 put the Warriors in a league of their own. His rebounding improved from five to eight a game and he nearly doubled his assist total from the prior year. As Green learned to pass the ball, the splash bros only got better, guiding Golden State to a 65-17 record, good for a tie for sixth in NBA history (at the time). Golden State followed the spectacular season with a title run as it beat Cleveland in six games in the finals, making Steve Kerr the first rookie head coach since 1982 (Pat Riley) to win a championship.

Golden State completed the greatest regular season in NBA history, posting a 73-9 record, edging out Michael Jordan’s (and Kerr’s) ‘96-97 Bulls (72-10), and breaking a plethora of other individual and team records along the way. Curry shattered his own record for most threes in a season, becoming the first player to ever knock down 400 (also the first to 300) and also became the first unanimous MVP in NBA history.. Golden State’s 24-0 start stands as the best in professional sports history and its 54-game home win streak also set the standard in the NBA.

After handling the Rockets and Trail Blazers in five games each, the Warriors find themselves in an unfamiliar position, down 0-1 to the Oklahoma City Thunder. Without a ring, this historic season will still stand in the record books, but with an asterisk beside it. And as Chicago’s Ron Harper said, “72-10 don’t mean don’t mean a thing without the ring.”