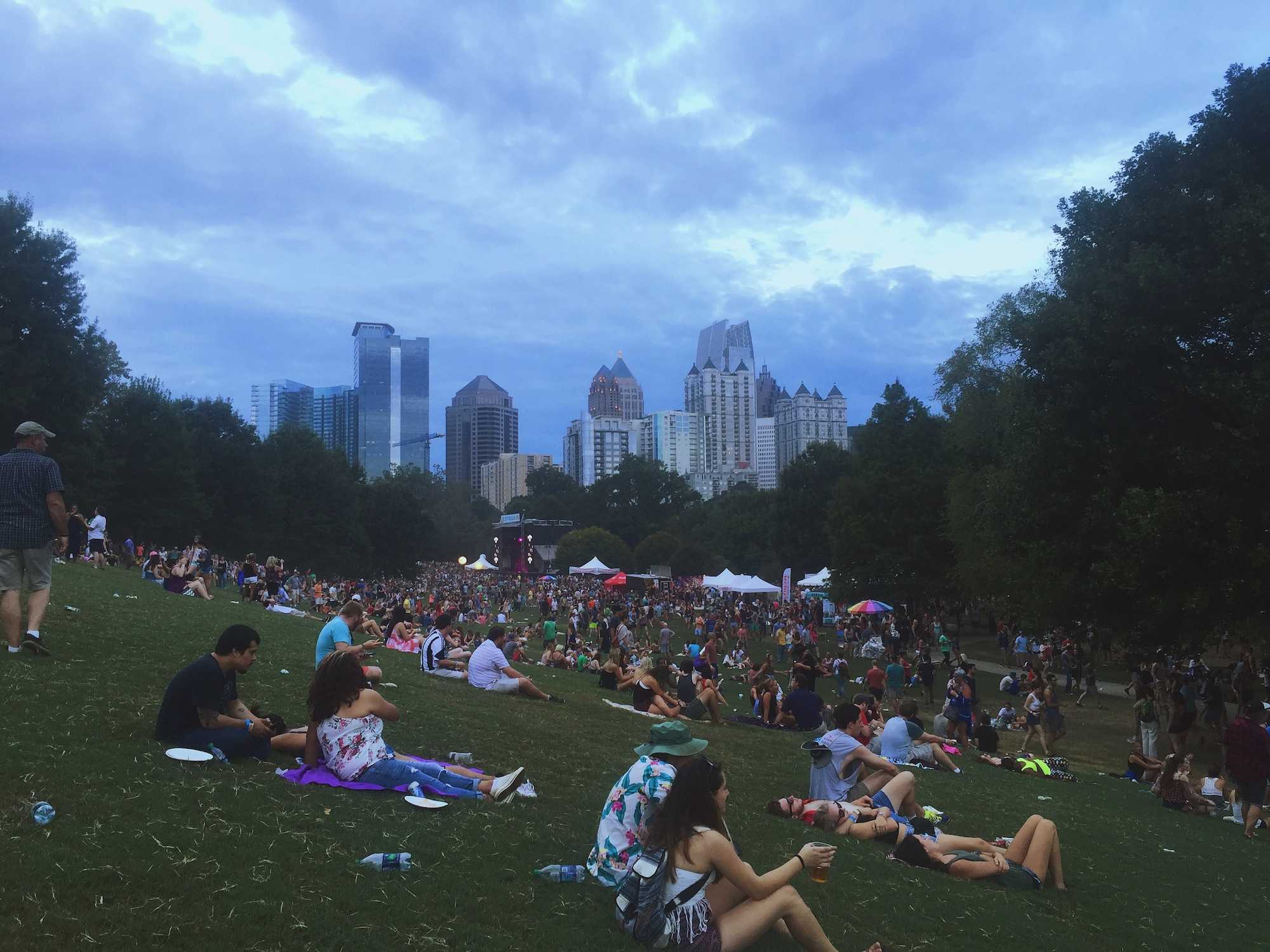 One of the many spectacular views of the city during Music Midtown. (Courtesy of Kierra McIntyre)

One of the many spectacular views of the city during Music Midtown.

Exhilarated festival goers flooded Piedmont Park in Atlanta for the annual concert series of Music Midtown when the doors opened on September 17 and 18.

The event began with the Israeli band, Balkan Beat Box, at 12:30 p.m. Crowds rotated around four different stages — Electric Ballroom, Honda, Cotton Club, and Roxy — to experience each concert setting and jam out to their favorite artists throughout the festival days.

The music choices at the festival varied from rap and indie rock to Israeli and pop. The headliners for Saturday night included Twenty One Pilots and Beck.

“It was such a fun experience to go around the park listening to different artists and genres. I really enjoyed meeting new people who shared the same taste in music as me,” senior Kallie Dever said.

Along with music, a variation of food choices from different cultures lined the streets of Piedmont Park. Still, a three piece chicken basket and two handfuls of fries cost $13, leaving attendees vexed at the ridiculous prices.

Although day one of the festival garnered positive reactions from participants, rapper G-Eazy provoked controversy within the crowd by embarking on the topic of Donald Trump and his political views. Audience members chanted the inflammatory song “F**k Donald Trump,” originally written by YG and Nipsey Hussle. Political arguments erupted within the crowd during the performance but G-Eazy continued to rap his anger about Trump passionately.

Day two started with cloudy skies and patchy rainfall throughout Atlanta. As the day progressed on, the subtle rain turned into a drastic downpour over the festival. Around 4:25 p.m., the screens on each stage read “WEATHER EVACUATION PLEASE CALMLY HEAD TO THE NEAREST EXIT.” Without any warning, complete chaos broke out as festival goers ran frantically through the pouring rain to find a ride and traffic became a labyrinth.

Within two hours, Music Midtown posted on social media that the festival would resume when weather cleared in the area.

At 6 p.m. the festival reopened and the new schedule for the night infuriated participants. Due to the lack of time caused by dangerous weather, artists and bands now overlapped each other completely, forcing attendees to choose one.

While the 2016 Music Midtown festival brought about tension, the overall experience pleased participants.

“Music Midtown 2016 was a huge success,” Chloe Peacock, a Live Nation Executive Director said. “We had a great feedback from our world class artists and from our incredible fans. James Bond (Daniel Craig) even made a surprise appearance on Sunday night to introduce The Killers. We’re looking forward to 2017.”

The festival came to a close after two striking performances by “Deadmau5” at the Roxy stage and “The Killers” at the Electric Ballroom stage, both ending with a bang at 11 p.m. on Sunday night.