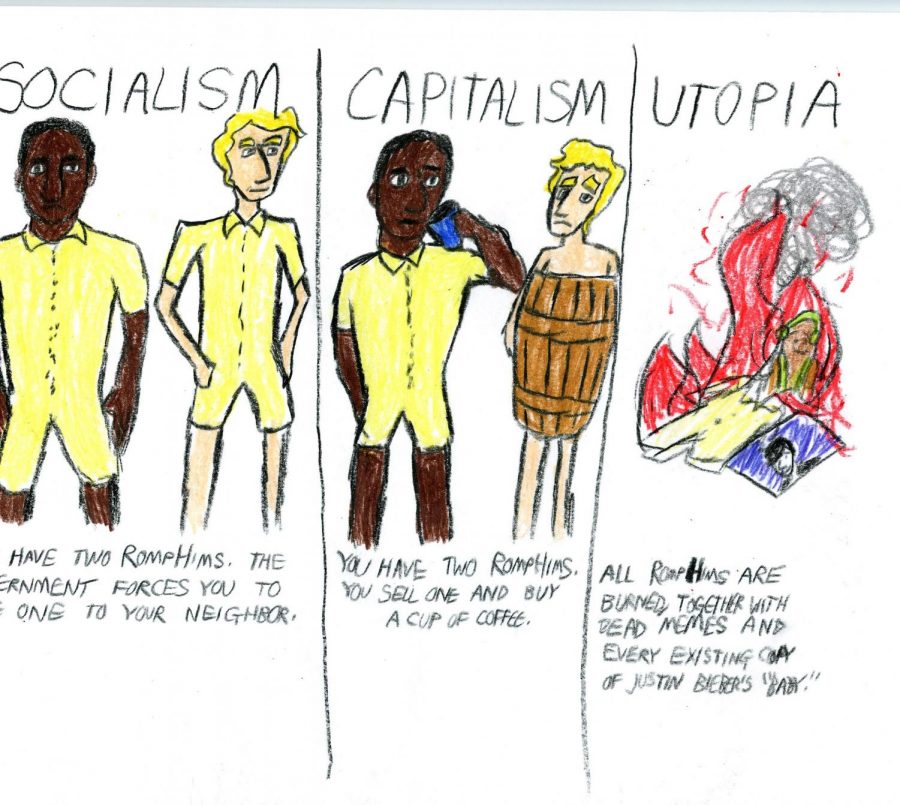 Polar Politics: Capitalism, friend or foe of the people? 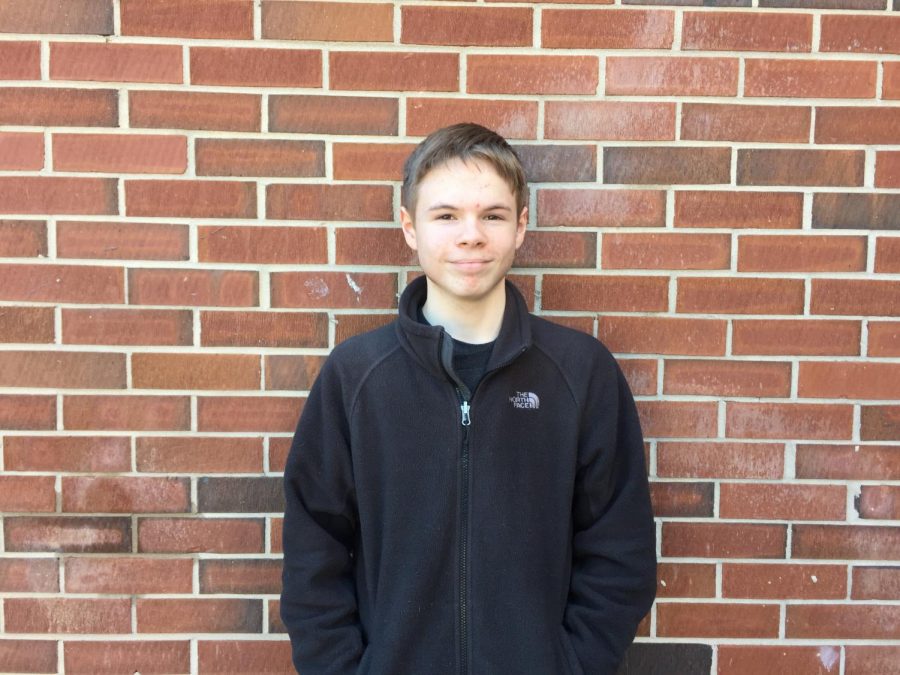 Capitalism, the predominant economic ideology in the modern world, often receives praise from those living under it. Advocates cite the writings of economists Adam Smith, Friedrich Hayek, Ludwig von Mises, or Ayn Rand to show the individualist power capitalism holds in society. Those that put in the work and “pull themselves up from their own bootstraps” will come out on top, while the lazy ones stay in the poverty-stricken working class. But, as the years of capitalistic failures unfold upon history, how can this economic system classify as “fair,” when generations of working class people become oppressed by the wealthy as they gain power and fortune through the abuse of those under them?

Venture capitalist Gary Vaynerchuk, an immigrant from Belarus who lived in a studio apartment with eight other family members, eventually earned his way to the top where he now sits at a comfortable 160 million dollar net worth. A modern poster child of the American Dream and the mentality that hard work can take a person far, Vaynerchuk resides in the minority when it comes to climbing the economic ladder. While stories of immigrants fulfilling the American Dream might give people enough reason to trust capitalism, the that an average of 19.9% of immigrants live in poverty. Mexican immigrants top the list, as 30.1% live in poverty, and 62.9% live in or near the poverty line.

Capitalism inevitably produces an oppressed, poverty stricken class. This can take different forms, but in history, the Jim-Crow South clearly defines the extent it can reach. African Americans oppressed by white plantation owners during this time could not climb the economic ladder, as systemic moral corruption plagued the population. Racism in part came through capitalism, as cheap African slaves helped wealthy plantation owners produce higher profit margins. This slave class in the past created the issues America faces today, as the African American community still faces high poverty rates and discrimination throughout the country.

The divisive nature of capitalism can incite rioting, marches, strikes, and even revolution. Without anti-capitalist activism through the 19th and 20th centuries, worker unions and general labor laws could not exist. Laissez-faire, the economic policy of no governmental intervention, can only lead to a large divide in the population. Acceptance of these policies produces a sort of neo-feudalism, as wealthy owners take power over their underlings and create their own rules, justifying it by saying they “own” the property.

Private ownership in general causes socio-economic issues in the world. If one person owns land but never uses it, should people move into that land and claim it as their own? Capitalism says no, as somehow the owner of such land “earned” the right to purchase it, and if one wants to move in, they should pay the owner for the land. A communist reading, though, would disregard who owns what and simply redistribute based upon what others need.

The word of course, sounds taboo in modern society. Flashes of totalitarianism, poverty, and general disinterest in human rights appear in the typical American citizen’s mind. That false image, brought about by the Red Scares and pseudo-communist dictatorships such as the Union of Soviet Socialist Republics (USSR) and China, constitutes a small percentage of the anti-capitalist ideology.

The doctrine of anarcho-communism, a communist society without government, as described famously by Peter Kropotkin in his book, holds the key to stopping the systemic oppression found in governmental capitalism. Removing corrupt government influenced by capital gain can mean the restoration of a moral society, and one that rewards charitable spirits and a closely bonded community, not a greedy, selfish society that prides itself on individual members instead of the collective whole.

This radical idea puts many off. “Communism only works on paper,” as the age-old phrase says. If one opens their mind and considers the moral faults in a capitalistic society, a communist society may not sound so crazy. Money causes wars around the world, as nations and corporations compete for resources and power over others, and the deaths caused by capitalism innumerably illuminate the destruction greed causes. Communism rids humanity of this greed, as it promotes the wellbeing of all citizens, not just one’s self. In this type of society, crimes intended to gather wealth, such as stealing, tax evasion, and selling of illicit drugs, dissipate as people hold the basic right to life and do not need to resort to extreme measures for survival.

Examples of radical politically leftist societies, though small, show positive real life application. Republican-held territories during the Spanish Civil War applied the philosophy of anarcho-communism, and though short lived due to Stalinist-led forces, they thrived. Today, socialism provides an outlet for leftist activists, and countries such as Sweden, Denmark, Cuba, and Canada include some form of socialist policy in their law. The United States even signed legislation directly fought for by socialists, most notably the Social Security Act and the Affordable Care Act.

Popular political ideology seems to reflect these changes in law, as around say they would prefer a socialist nation over a capitalistic one. Even a popular democratic candidate for president during the 2016 election, Bernie Sanders, proudly identified as a democratic socialist.

Anti-capitalism efforts continually make the world for the poverty stricken population better, and without those efforts, rampant amoralism would ensue. Capitalism replaces compassion with profit seeking, and though it proves more efficient than the leftist ideologies, capitalism kills with poverty every day. Socialism and anarcho-communism provide a happier alternative and help give all people the basic right to life. If the recent repeals of needed regulation by shameless capitalist Donald Trump continue, both humanity and the environment will suffer. Capitalism, the root of most global issues, deserves absolute destruction.

Capitalism: The root of success 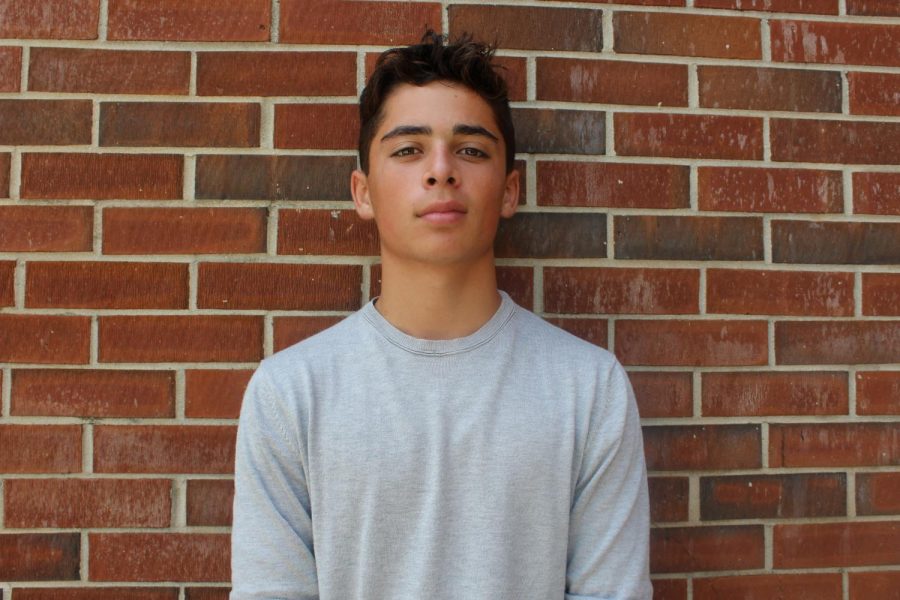 God-given rights perpetuate humanity’s ability to ambitiously grow, freely succeed, and live with purpose, but unsettling socialistic concepts challenge these natural entitlements. The capitalism vs. socialism debate poses an ethical contest between either executing potential to the highest degree, or maintaining all humans on an equally shortened harness.

Incentives function as the fuel for growth in any and all situations; a dog rolls over to receive a treat, a student studies to get the A+, and a human works harder to succeed further. What if the treat, the A+, and the earned success did not exist in a society? Socialism thoroughly demonstrates the results of stripping the incentive that makes the world go ‘round.

“In capitalism, you can live your life. You can take the risks you want to take, and see an outcome. In socialism, you just exist; you’re just waiting to die,” Awtrey Middle School history teacher, Kennesaw State University Philosophy professor, veteran and entrepreneur George Cronin said.

Cronin’s parents arrived to America seeking opportunity from the poverty and famine-stricken country of Ireland. Rather than practicing socialistic ideals by complaining about their economic disadvantages and expecting full governmental support, the ambitious immigrants put capitalism to the test and thrived. Shortly after returning from the Vietnam War, Cronin took advantage of the opportunity offered by the American economy and sold his multi-million dollar restaurant after decades of hard work, something unreachable in socialism.

Socialism stands as the non-radicalized brainchild of Marxism; any hint of class identity or economic uniqueness ceases to exist for the sake of equal opportunity. When proposed for governmental implementation, equal opportunity fails to consider a key factor when trying to function: reality itself. Humans receive various opportunities throughout lifetime, some more impactful than others. The socialistic perspective of equal opportunity essentially insists that all people must initiate life with no economic, mental, physical, or social advantage over one another; such a demand simply does not coincide with reality.

Socialists such as Bernie Sanders see the top 1% as rich, greedy capitalists that withhold no right to their hefty earnings, but this 1% includes entrepreneurs Steve Jobs and Bill Gates that began in a garage and used capitalistic opportunity to create some of the largest and most successful companies in the world, Apple and Microsoft. On the surface, the fantasy of all humans being given equal opportunity seems tolerable, but when analyzed, one sees that socialist ideals simply promote breaking down successful, hard working humans to a feasible, lower level rather than actually working hard to achieve a favorable outcome.

The most infamous quality of capitalism that socialists fabricate concerns the upper class economically “enslaving” the lower class. According to anti-capitalist ideals, the wealthy only impose harm and deserve the blame for economic deficits in capitalistic societies. Such resentment towards wealthy, successful capitalists thoroughly portrays the absence of an ambitious work ethic in socialism. In laymen terms, capitalism allows a child to enjoy the candy he earned trick-or-treating, while in a socialistic Halloween, the ambitious trick-or-treaters must distribute the hard earned candy to the other children who simply did not have the motivation to earn their own candy. Since working hard to reach economic prosperity does not fit into the agenda of socialists, they, instead, attempt to feed off of and chastise those who do financially thrive.

Growing up in Colombia, Jairo Molina and his four brothers shared one pair of shoes, forcing them to attend high school four days a week barefooted. Air conditioning and day-to-day appliances served as a luxury. Against the will of many, Molina married the love of his life and paid rent to live in his father’s garage. With a young daughter and newborn baby boy, Jairo flipped his college textbook pages with one hand, and fed his children with the other at 4:00 am to allow his wife, Marta, to rest. After years of economic deficit, late nights of studying, and bare feet, Jairo and Marta Molina ran one of the most successful burger restaurants in Medellin, Colombia. Jairo decided not to stop there and continued to rigorously work hard to thrive even further.

Jairo Molina retired at 50 years old as an executive of the Colombian Petroleum monopolistic industry, built a luxurious mountain ranch and pool in the tropical mountains, and paid for his kid’s American schooling in Georgia Tech and Architectural School. My grandparents, Jairo and Marta Molina, thoroughly represent the success in capitalistic opportunity and disprove the tyranny of socialism itself.