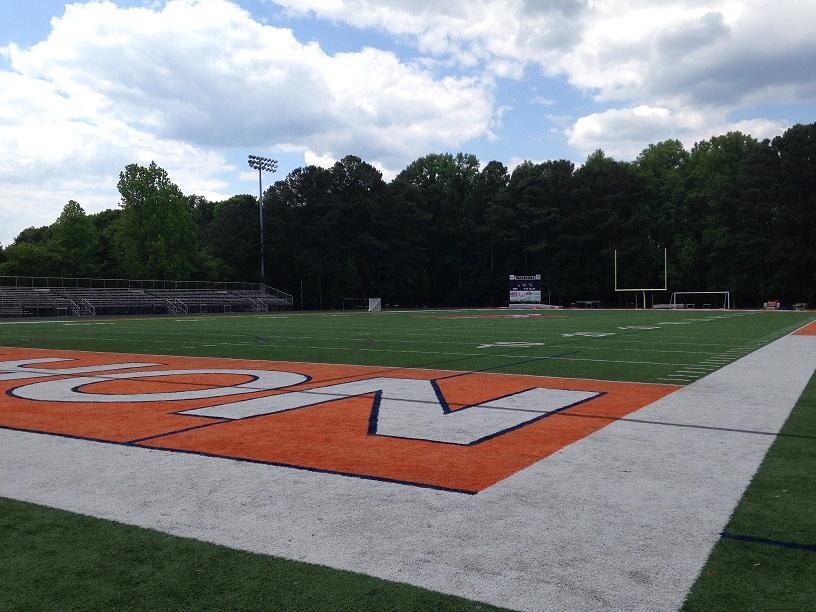 All around the world, people play, watch, or feel sports’ influence. From American sports such as football, to others like cricket, any sport can impact someone profoundly. Here at North Cobb, students frequently involve themselves with the athletic programs, meeting new people and trying new tactics. Sporting events hold the highest attendance of students like the Friday night football games, the dramatic basketball contests, or even the baseball meetings, but all in all, sports significantly imprint on the Warrior family. 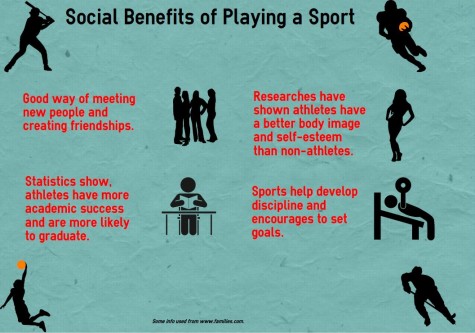 Sports give students something to do other than worrying about their academics 24/7. It gives them a gateway to get out and exercise, as well as the opportunity to earn scholarship opportunities for colleges. Too many students today experience stress and anxiety from many of the classes they take, and joining a sports team can help them relieve that stress and focus on more than just their education.

In the past few years, athletics at NC tend to finish successfully, with the football team consistently making the playoffs, coming one game shy of the Georgia Dome in 2012. The boys basketball team also made the playoffs, the Elite Eight in 2012, and the Final Four in 2013, while the girls basketball team continues to assert dominance in the region. Every sport at North Cobb consistently fails to disappoint, whether the game a win or a loss.

NC sports continue to succeed and bring smiles to all faces. Individuals continue to shape the view of Warrior athletics, and more come about today. As one of the greater aspects of NC throughout the years, Warriors will continue to spread its sports dominance over the region.

Jamal, a sophomore, found football five years ago after attempting to play basketball and soccer, but quickly losing interest. He admires the sport because it keeps him active and he enjoys doing it.

“I started to play football because my brother played and I really wanted to find something new to do,” Kuku said. 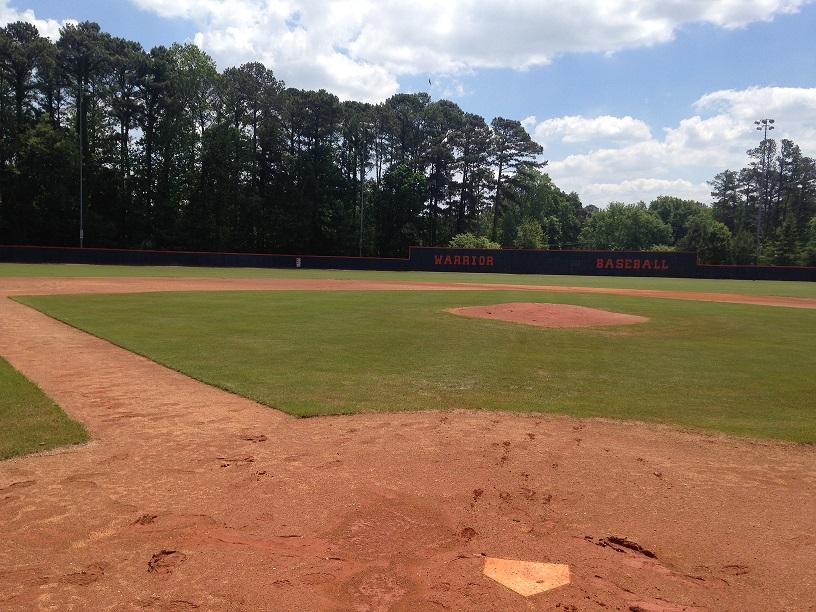 Sophomore Cole Mooney played baseball since he was four and continues to mainly because it helps him relieve stress from school. He loves gaining experience with his team and combines his religion with his baseball life.

“I think sports in general represent the happiness and joy in my life. Baseball in particular has been a teacher for me, and I am really grateful for that,”  Mooney said.

Emmett Schindler
Dylan, a sophomore at North Cobb, started playing lacrosse after he picked up hockey. After playing for four years, he still enjoys the fast pace and energy of the sport.

“Sports mean a lot to me because it gives me a chance at scholarships and it is an outlet for stress or a way to relax myself,” Stanhope expressed. 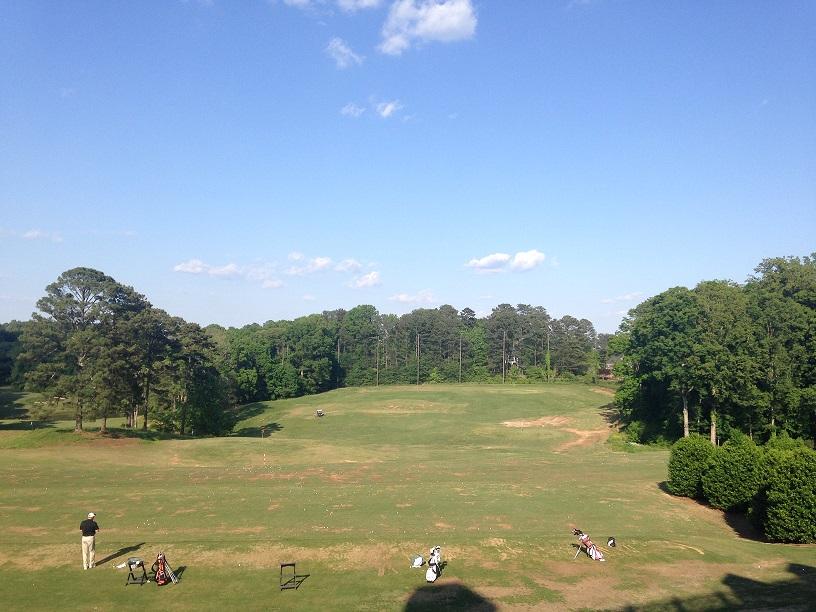 Emmett Schindler
Sophomore McIntyre started golfing five years ago and currently participates in her second year on the team, just recently winning the title of most improved player. Sports in her life represents perseverance and determination and helps her cope with other problems in her life.

“I play because I think it is one of the most mentally challenging sports to play. When you overcome the mind games and hit a perfect host it is the best feeling,” Mclntyre said.

Sophomore Denise Thomas began playing soccer at age six and continued to play because it has been part of her family. She feels heavy influence from the sport because she was born in Italy and is a huge fan of ac Milan.

“I started playing soccer because my brother played it and I really looked up to him and tried to copy everything that he did,” Thomas said. 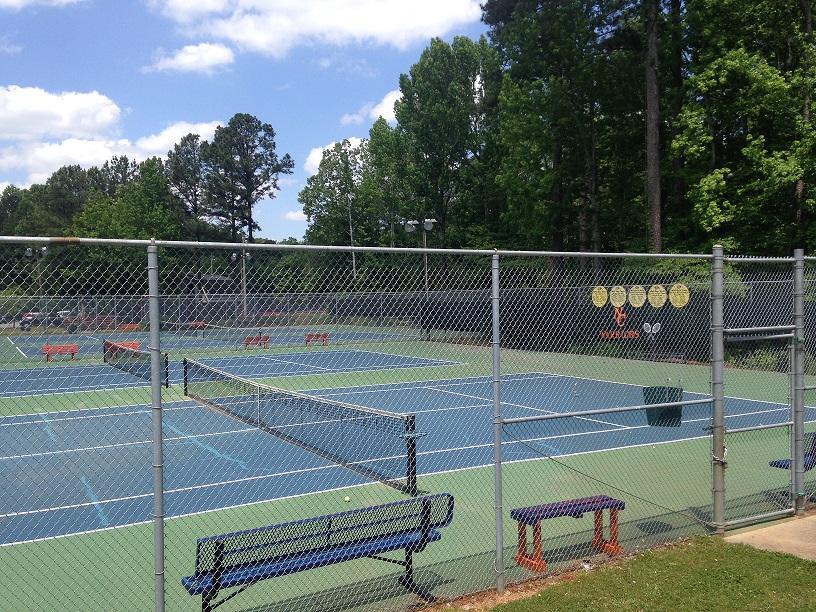 After dropping competitive swimming for five years, Coleman, sophomore, started taking tennis lessons and really enjoyed it. Her father was an avid tennis player and it now gives them something to do together.

“Tennis means a lot to me because I can be part of a team and it lets me release a lot of stress from everyday life,” Coleman said.

What do sports mean to me? Well, sports dominated my life ever since I learned how to walk, as I was immediately handed a baseball bat. I grew up playing hockey in the front-yard, tackling in the living room, dunking on my portable basketball hoop, hitting golf balls in the back, and finishing it off watching Patriots games on the big screen.

Sports prove one of the most influential parts of my life. Most children grow up watching kids shows like Blue’s Clues, but I grew up watching SportsCenter and listening to Bill Simmons’ podcasts. Whether I actually played the sport, watched it, or read about it, there has not been one aspect of my life lacking sports.

A special branch of sports also significantly impacted my life: fantasy sports. Introduced to this marvelous invention from my dad at the age of 10, I immediately joined numerous fantasy football, baseball, and basketball leagues. Now, I serve as the reigning fantasy football champion and the only person in my ongoing five year league to win twice. I continue to pursue my fantasy greatness and will not stop.

From playing them, watching them, and even reading about them, sports gave me a different perspective at life. Whenever I’m bored, I go to sports. Whenever I’m down, I go to sports. No matter the circumstance in any situation, I always have room to fit them in. For years now I have not been able to see myself without sports, I cannot find reason for me to let them go now. Even in the end, I will always have sports to lean on.