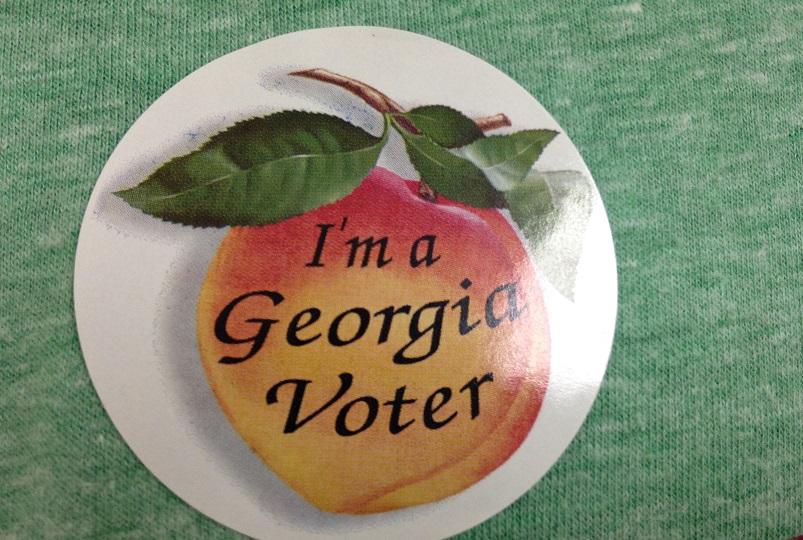 While many young people historically fail to turn up at the polls, many still value their ability and influence through their voting rights.

Politics exists as the art of influencing other people’s opinions for change to occur.

“Every U.S. citizen that is able to vote needs to because we have the right in America, unlike many other nations that do not allow it. It is our civic duty as an American citizen to cast our vote into who we think should run our country,” senior Jack Pearson said.

For centuries, the U.S. government has revolved itself around the concept of politics, with the current Democrat versus Republican fight reigning as the present major conflict.

The past four elections have resulted in only two different presidents, one Democrat and one Republican: George W. Bush and Barack Obama. The election bases itself on electoral votes, or the number of votes of each state won by the president that goes towards their winnings. The candidate with the most electoral votes in the end wins the election. Most states choose either between Republican or Democratic, but others resemble an independent or “swing” state, which contain a fair amount of electoral votes, but could favor either party each year.

Politics continue to spark up conversation and stand as a topic of discussion. Major political news sources include CNN, NBC, FOX, CBS, and the Washington Post. While all of these networks provide important political information, certain ones tend to favor a political party, such as CNN favoring democrats and FOX favoring republicans.

For the past four elections, younger adults and teenagers started to invest themselves into the idea of politics due to the popularity of social media’s ability to share content and opinions virally. As a student, possessing political knowledge before being able to vote offers benefits for the future and helps some even figure out their career pathway, such as majoring in political science or law.

Eighteen year old Saira Blair shocked the world last year. Blair, a freshman studying finance at West Virginia University, ran for a legislative position in West Virginia and won, becoming the youngest legislator in America. This young politician represents the many across America today wanting to pursue political dreams. She proves that no matter someone’s age, they can start their path to the White House in the beginning of their lifetime.

NC provides many opportunities for students to start their political career. Tribal Connections allows students to run for class president, vice president and other positions, and also lets them set up events around the school. The debate team readies students to develop their best debate strategies for possible future debates they encounter.

NC contains many students currently aspiring to strive as politicians. Junior Zac Mullinax starts his political journey at NC. Being a part of the Magnet program, Mullinax begins to expose himself to as many classes and opportunities he can to increase preparedness. Listen to the podcast below for an interview about his political beliefs and how his goals began forming.

Lack of knowledge about politics and refusing to vote stands as the major problem with politics and society today. People fail to inform themselves about their own local government’s initiatives, plans, and motions, and yet they often succeed at being ignorant and claiming they know about issues.

Why do Americans do this? To feel like they have a voice (even an uninformed one)? To act like they know more than they think? In a world with information readily accessible at their fingertips, ignorance reigns supreme.

“When people develop a herd mentality and base their political views off of what they’ve heard their parents say, it encourages bigotry and ignorance on a societal scale, and we end up on a path of de-evolution that will lead us right back to before the 70’s to a time of hared and inequality. and ultimately we will be persecuted as a nation for it,” junior Connor Crafton said.

Being knowledgeable helps people understand their country’s problems and conflicts. People that choose not to vote start the problem. Being in the most independent country in the world which allows someone to have a say in who runs everything, voting lets people get up to date even more, and grants them that warm feeling of being an American.

“Voting is important because we’re lucky we even have the chance to do it. We actually get the chance to make a difference and choose who we want to lead us, unlike places like North Korea that might never get that opportunity,” junior Jordan Warren said.

Lack of knowledge in politics continues to stand as one of the roots of America’s problems, and we can fix it by doing some homework.

Problematically, young registered voters choose not to visit the voting polls soon after earning their right to vote at 18. According to The Economist, only 21% of people 18-24 voted in the 2010 midterm election. Not feeling like their vote matters ponders in their minds, which halts them from going to cast a vote. Since most of the older population own a house, pay taxes, and have children, they have more of a matterful mindset, but still some do not vote. The Economist states that only 59% of registered voters cast a vote in the 2012 presidential elections, barely more than half.

About News claims that people do not vote mainly because of long lines, its time-consuming nature, and busy schedules. Carving out a small part of someone’s day will not be detrimental, especially if it means a say in who runs the country. People fail to realize that their vote really does matter and most people in the world do not have the privilege in being able to voice their opinion in such an organized fashion.

To see how well some people claim to know their politics, The Chant went to Swift Cantrell Park in Kennesaw to ask a few questions. Check out The Chant’s edition of ‘’Lie Witness News.”