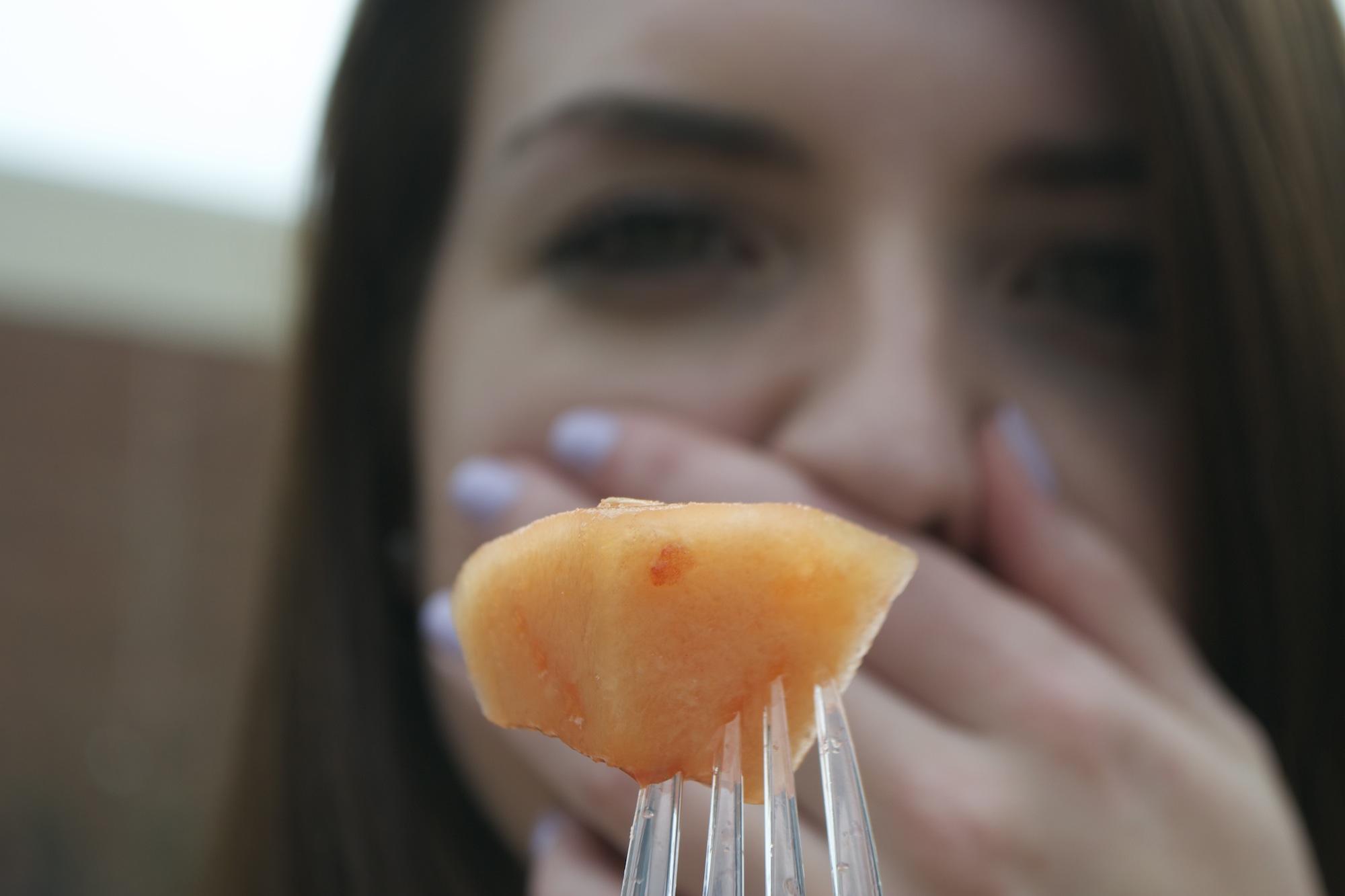 Everyday, more and more people stand up to Monsanto and protest against Genetically Modified foods. With consumers not purchasing GMO products, biotech industries hold on to hope. (Melissa Sagaseta)

Everyday, more and more people stand up to Monsanto and protest against Genetically Modified foods. With consumers not purchasing GMO products, biotech industries hold on to hope.

You are what you eat: The truth behind GMOs

From fruits to vegetables, the food industry floods in a stream of modified crops, or Genetically Modified Organisms (GMOs). GMO’s genetic material (DNA) endures manipulation in a laboratory through genetic engineering (GE) and raises red flags. As with many products approved by the FDA, controversy exists on the effectiveness of GMOs and how they affect our bodies and the environment.

First introduced to America in the early 1990’s, GMOs persisted to enhance the crop’s ability to withstand herbicides and to produce their own insecticides. While biotech industries, companies who use living organisms to modify products, state that these GMO crops stand as superior to the untouched version, there subsists no clear evidence that the statement stands as an exceptional fact.

Gregory Jaffe, director of Biotechnology, explains “[the] FDA reviews the data and raises concerns. However, the process is not as rigorous as it should be, and the FDA often does not get all the data it needs to perform a fully informed safety review.”

The U.S government approved the production of GMOs using only the information given to them by the same companies that profit from the crops.  And while there exists no thorough evidence of GMO crops negatively affecting the body, there also exists no evidence that GMOs possess a healthier effect.

Melissa Sagaseta
In fact, most developed nations, including Australia, Japan, all European Union members, and sixty others, restrict GMOs from entering their borders or require strong restrictions against them. The U.S stands as one of the few jumping on the GMO bandwagon.

Tami Canal, who started a global movement against GMO crops and the company behind it, told Alternet, “I don’t understand why the U.S isn’t on the forefront of that thinking, (Monsanto) has a long history of crimes against humanity.”

So there prevails the question of why the U.S would even consider to produce genetically modified crops while other nations pull away from the idea. The answer? Food industry powerhouses like Monsanto, a publicly multinational agrochemical and agricultural biotechnology corporation, persist to sustain as the leading GMO crop producer.

While maintaining a charade to the public, Monsanto exploits local farmers while intoxicating the environment and citizens with their harmful concoctions. In 2012, Monsanto’s total revenue reached $2.94 billion, including the charges against farmers accused of planting second generation GMO seeds. The inevitable cross between modified seeds from Monsanto owned farms and local farms left many in debt up to $85,000.

With the company already accused of dumping many of its toxic chemicals into the water supply, including PCB, Dioxin, and Glyphosate (Roundup), Monsanto began to purchase the rights to water supplies. In 2002, the Washington Post published an article called Monsanto Hid Decades Of Pollution, expressing the 40 year dumpyard (Anniston, Alabama) Monsanto used to discard their toxins.

The company’s initial statement, “leader and innovator in sustainable agriculture,” remains the opposite and rather stands in the way of innovative agriculture.  With the company manipulating the genes of various crops, they created a pesticide resistant plant. Because of this effect, Monsanto uses a multitude of pesticides such as Roundup, resulting in “superbugs” and a resistant weed population. The Union Of Concerned Scientists (UCS) stated in their article and to Alternet, “Their RoundUpReady and Bt technologies lead to resistant weeds and insects that can make farming harder and reduce sustainability.”

With GMO crops in the market for 21 years, there exists little evidence of the effect it possesses on the human body. The Institute Of Responsible Technology, however, enacted a study on hamsters in which it shows third generation female and male hamsters losing their ability to reproduce.

Another study enacted on rats showed that the females developed increased breast tumors when consuming GMO corn. And while these results might not astound the average person, evidence also shows in pregnant women.

The Bt toxin (used to exterminate bugs by exploding their stomachs) genetically engineered into GMO corn and cotton happened to show up in 93% of pregnant females and 83% of the newborns. The results can become catastrophic, leading to a low immune system, disturbances in the nervous system, and stunt growth in babies.

As if the results do not arise concern, the FDA scientists warned time and time again of the unpredictable outcomes of producing GMO crops. Side effects such as allergies, toxins, new diseases, and nutritional problems persist to become an outcome. Their warnings remain unheard.

As with GMO labeling, the U.S government recently passed the Monsanto Protection Act. The bill prohibits any labeling of genetically engineered crops and detains local governments from restricting the production of GMOs in their states.

Executive Director of Center For Food Safety, Andrew KimBrell said, “The Monsanto Protection Act is back, and it’s even worse than before. This bill would strip away a state or local government’s basic rights of local control, and hands the biotech industry everything on a silver platter. No member of Congress that cares about his or her constituents should support this bill.”

GMOs exist in almost all areas of our lives, yet there happens to be a movement on a path to a food revolution. The GMO Project, a non-profit organization, actively provides labeling for consumers. Remember, “you are what you eat.”

One Response to “You are what you eat: The truth behind GMOs”